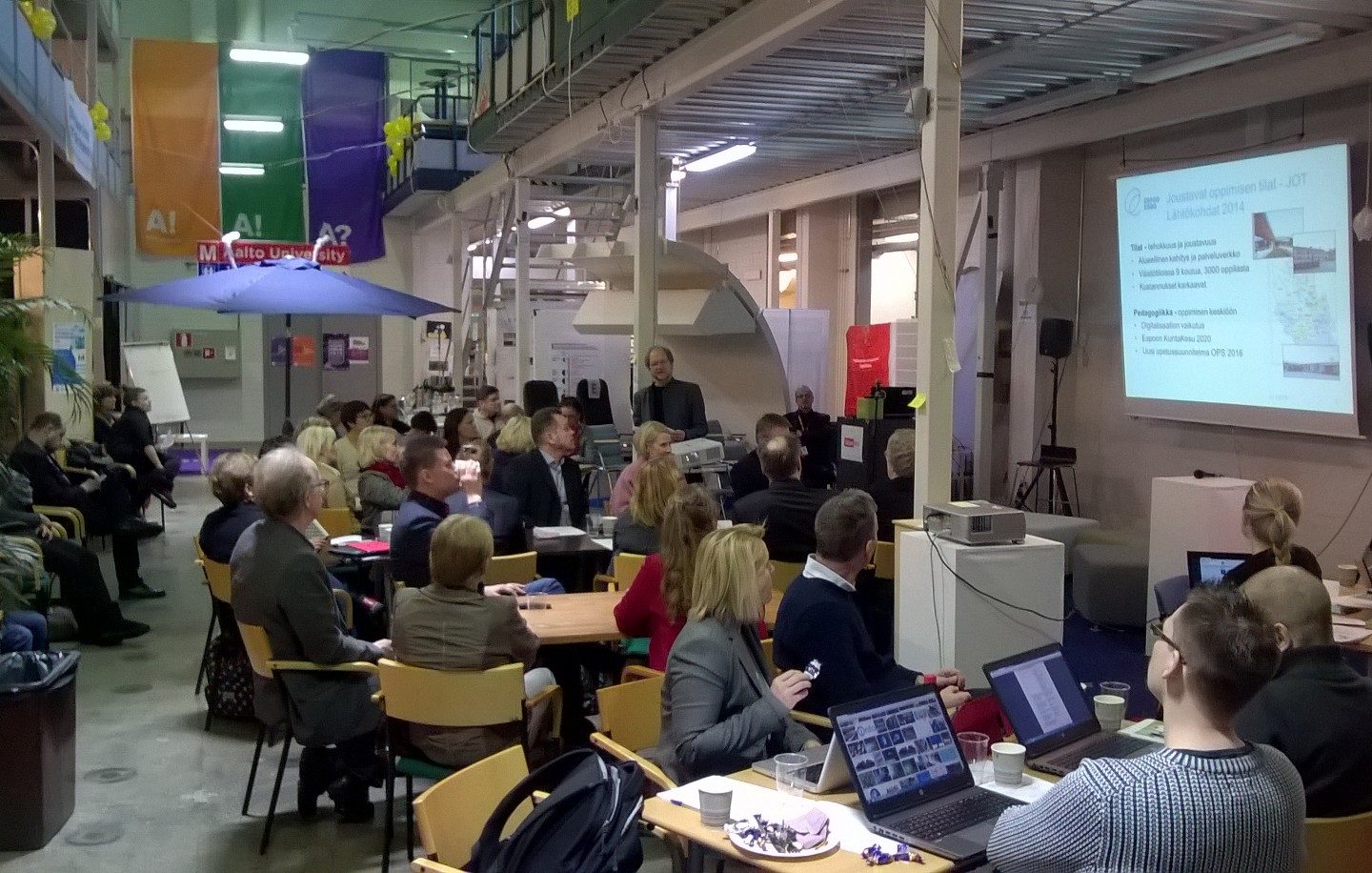 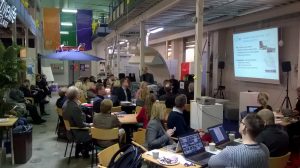 Something slightly new to an otherwise traditional conference. The Physics Fair holds in it workshops, interdisciplinary lectures, and more. The topics at the fair aren’t restricted to physics, but instead reach into the uses of AI, popularizing science, planning and executing arctic measurement campaigns, the future of food, and more! Most workshops have a capacity of roughly 20-40 people, which is filled on a first-come first-served basis. Be on time to guarantee your place, and not to interrupt a workshop that is already underway. Lectures however have room for as many people as the room can fit, which is a lot! Remember to be considerate of others if you’re arriving late.

If you missed your workshop or for whatever reason don’t have anything to do, then come hang out near the coffee (which all finns love!) to chat with others and our sponsors. Dinner will also be served at the Physics Fair location later on, and some snacks will be available throughout.

How future of food and environment are linked?

Technological development has transformed agriculture numerous times during the last 10 000 years. Food production will face an unprecedented challenge in the next century. Population growth, climate change, and the dietary shift will double the environmental impact of agriculture. On the other hand, technology offers new alternatives that could possibly mitigate the negative impacts of expanding agriculture. We can achieve this development by reducing the need of inputs while producing new personalized dietary alternatives that reduce the burden to the environment, and at the same time, provide a healthier diet than ever before. How, do you ask? Enter Food 4.0.

Climate change is one of the grand challenges the humankind is facing during the next decades and centuries. Traditionally climate research has been seen as a study of physical phenomena taking place in the atmosphere and environment. However, it has become clear that in order to fully understand the reasons and consequences related to climate changes and to communicate the findings to policymakers and common public, this is not enough. Other natural sciences, behavioural sciences, and social sciences are also needed. For this purpose, we have developed new, interdisciplinary education and science communication activities, which will be presented and discussed.

Intelligence augmentation is the application of digital technology – particularly machine learning – to support and enhance human capabilities like knowledge search, analysis, and planning. We define IA separately from artificial intelligence (AI), which typically aims to fully automate a task. IA services, on the other hand, are intended to function in close cooperation with and under human direction. Come to our workshop and find out what it’s all about!

Stories from polar expeditions (with Mikko Sipilä, Ella-Maria Duplissy and Lauriane Quelever from INAR)
Have you ever wondered what it takes to prepare for a research expedition in Antarctica or Greenland? Or why some scientists are carrying heavy car batteries on fjelds (Finnish mountains) or are on alert even during the night in case of a thunderstorm in a remote research station in Lapland? How is the everyday life as a student in Svalbard? How does it feel like to see glaciers and sea ice vanish in front of your very own eyes? And what kind of changes the polar regions are expected to face in the future? Come and listen to cool and funny stories told by INAR scientists from polar regions – Arctic and Antarctica.

Air quality in megacities (with Federico Bianchi and Lubna Dada from INAR)
Poor air quality is a problem affecting a large fraction of the whole world population, ecosystem and the climate. Particularly affected by this problem are big urban aggregations such as mega cities.

The workshop will give an overview on the issue and touch on different topics and locations that are affected by air pollution. We will then together discuss how to measure, avoid and try to solve the problems resulting from it.

Supercomputers & Physics (with Pekka Manninen from CSC)
What is a supercomputer, and what are they good for? In this interactive presentation session, we will discuss the largest computer installations in the past, present and future, their purpose, outlook and impact for scientific research. A special attention will be given for the role of supercomputer simulations and extreme-scale data analysis in physical sciences.

How to tell a science story (with the Science Basement)
In an era of fake news, it is important for scientists to get down to the frontline and talk about their research directly to the public. We, at The Science Basement, believe that it is worth investing your time and energy to learn how to communicate science.

But how to talk science to a general public?
Science communication is the ability to explain scientific research to non-experts.

At The Science Basement we learn the art of science communications by doing. We are a group of scientist from various fields who want to share our love of science to the world.

Come to our workshop “How to tell a science story” to participate in our science podcast, to learn how to shoot a science vlog, and to play with our LEGO physics lab!