Most of the conventional radiation detectors for wide spectra of medical imaging applications utilize either direct converting detectors (sensors based on pixelated Cadmium-Telluride (CdTe) and other wide band gap semiconductors), or scintillation panels directly coupled with photosensitive Si- matrix. Sensors, based on direct converting semiconductor materials, have a merit of better sensitivity to ionizing radiation and provide substantial dose reduction on the patients. On the other hand, expansion of such a technology to the market of medical imaging devices faces significant difficulties due to the limited availability of high-quality sensors (subsequently, highly expensive). Nowadays, more cost-efficient scintillator-based imaging systems have been widely deployed for medical imaging applications despite lower conversion efficiency.

Silicon based sensors for ionizing radiation are already well developed for a vast variety of applications where benefits of high conversion and manufacturing costs efficiencies are combined. But for the typical photon energy range of interest in most medical imaging applications (20-200 keV) the effective atomic number of Si is too low to ensure required contrast of taken images. This obstacle of low absorption efficiency for direct converting Si-based sensors can be resolved by attaching a conversion layer of scintillator materials with higher effective atomic numbers. The enhancement of Si-based sensors with scintillation material will provide the needed absorption efficiency for medical imaging applications and preserve high sensitivity of direct converting semiconductor detectors. Such novel sensors can be deployed not only for imaging but also for dosimetry applications. The R&D for such novel detectors has been started recently. First prototypes of a Si detector optically coupled with a conventional gadolinium oxysulfide scintillator (Figure 1) were developed, tested, and validated within the Multispectral Photon-counting for Medical Imaging and Beam characterization (MPMIB) project, funded by the Radiation Detectors for Health, Safety and Security (RADDESS) programme of the Academy of Finland. 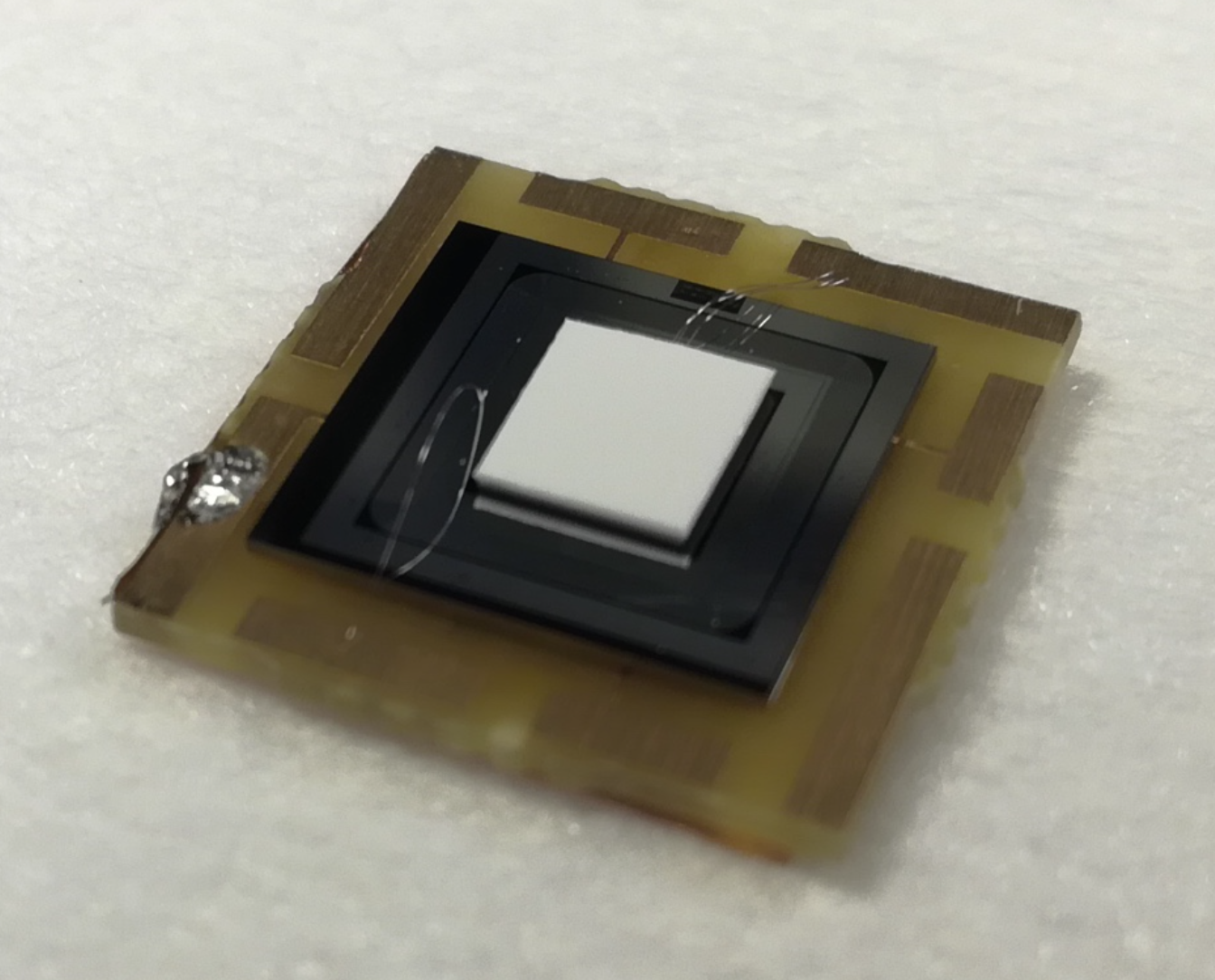